Learn About the History of Acupuncture

Acupuncture has provided relief and balance to individuals throughout the world for thousands of years. The history of acupuncture is a long and deep-rooted one. Dr. Bret Mosher’s Poway, CA, practice is just one of the more recent segments in its extensive tradition. The treatment has served as an essential part of traditional Chinese medicine for over two thousand years.

While acupuncture is now practiced throughout world, the roots of this treatment date back thousands of years to China. It is first documented in The Yellow Emperor’s Classic of Internal Medicine. Written around 100 B.C.E, this document collects medical traditions and compiles them into an organized system for diagnosis and treatment. While very different from acupuncture’s modern-day form, the system described establishes the key concept of channels or meridians through which a person’s Qi or life force flows. 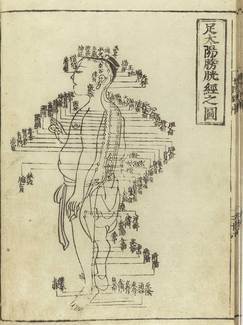 The precise anatomical locations of said meridians were not documented until The Great Compendium of Acupuncture and Moxibustion, written during the Ming Dynasty. While many different schools of thought debated over the different aspects of acupuncture in the interim millennium, this record establishes the location of 365 points around the body through which Qi can be modified. In many ways, this document serves as the basis for modern acupuncture.

As Western medicine became more widely accepted from the 17th century onward, traditional Chinese acupuncture slowly fell out of favor – though it was still practiced by everyday healers. In 1929, Chiang Kai-shek’s nationalist government officially outlawed the practice all together. It was not until Mao Zedong removed the ban and encouraged the establishment of acupuncture research institutes that acupuncture began to gain traction once again. In the decades since, treatment has become available at Western-style hospitals and a number of studies have undertaken research to provide more scientific explanations for the basis of acupuncture.

As a system for medical diagnosis and treatment, acupuncture has spread a long way. The practice has been adapted to the local medical traditions of many countries that have adopted it. As early as the 6th century, Japan and Korea assimilated the practice into their own previously established medical systems and continue to practice it today alongside Western medical techniques. Once trade routes opened with China in the 8th century, Vietnam followed suit.

While many Western countries currently practice acupuncture, France was the first to embrace it. After Jesuit missionaries first brought back reports in the 16th century, French clinicians ran trials and soon began to implement the practice themselves. In the first half of the 19th century, considerable interest in acupuncture also began to develop in Britain and the United States, where it has grown ever since.

Traditional ideas of meridians and Qi in acupuncture have been explained with a neurological model, in which the treatment modifies brain function through neurons rather than life force. More specifically, acupuncture is believed to block the action of pain mechanisms.

Acupuncture in the West Today

The meeting of Eastern and Western medical thought has led to a flurry of exchange and research over the centuries. Acupuncture in particular has been the center of much investigation because of its long-term effectiveness. Traditional ideas of meridians and Qi in acupuncture have been explained with a neurological model, in which the treatment modifies brain function through neurons rather than life force. More specifically, acupuncture is believed to block the action of pain mechanisms.

While clinical evidence has been varied, acupuncture has proven effective enough that it is offered as a complementary or alternative medicine in many hospitals and clinics. It is particularly popular among patients suffering from chronic pain or recovering from post-surgical discomfort.

The team at Mosher Health is proud to be part of the continuing tradition of acupuncture. Contact our practice to learn more about how acupuncture can make a difference in your quality of life.